Audubon trail was closed for two years due to erosion on the levée. Photo: ©Suzanne Black

During the spring storms of 2017, the levée on the Audubon trail in Pescadero Marsh eroded to the point necessitating closing the trail. Two years brought even more erosion. 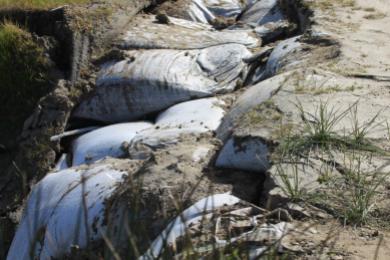 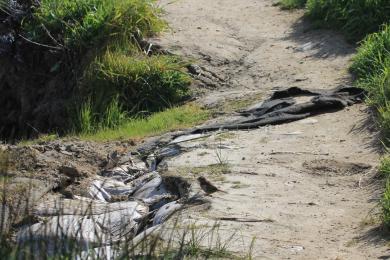 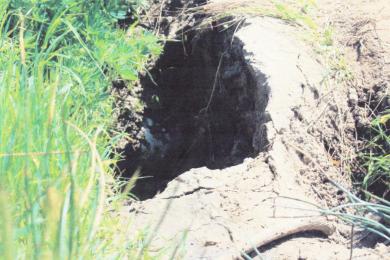 District Roads and Trails Supervisor Chris Pereira came up with a plan to repurpose a floating dock that was no longer used and turn it into a pole bridge, with steel poles driven into the surrounding ground securing it. CSPA was asked to fund the labor to carry the bridge parts through the Marsh, install them and cut back the overgrown trail. 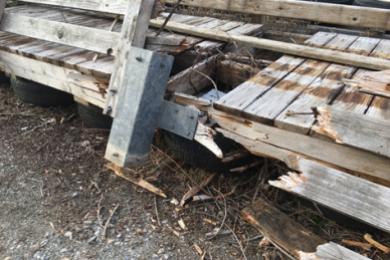 Floating dock is beyond use. Photo: Courtesy CA State Parks 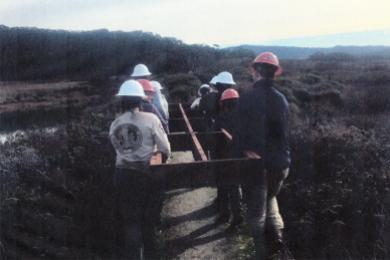 The plan, to repurpose a floating dock, took a quick turn for the worse when the roads and trails staff realised the dock had rotted and was damaged past any discernable use.

State Parks approached CSPA to ask if we could fund the materials to build a bridge, as well as the original labor cost.

Although the repairs to the trail are classified as a temporary fix, the current fiscal climate of pandemic expenses and probable budget shortfalls over the coming years means that this bridge will likely remain in place for at least several years.

Early in January we received photographs showing the newly constructed platform being carried through the marsh by the American Conservation Corps along with the news that the trail was now reopened.

On February 29, CSPA board members and potential board members hiked out along the Audubon trail. We are pleased with the repair to the levée and how open the trail was now that multiple years of overgrowth had been cut back.

A huge thank you to California State Parks Roads and Trails staff and to the American Conservation Corp for their hard work. Of course, this project wouldn’t be possible without donations from supporters like you. Thank you for your continued support. 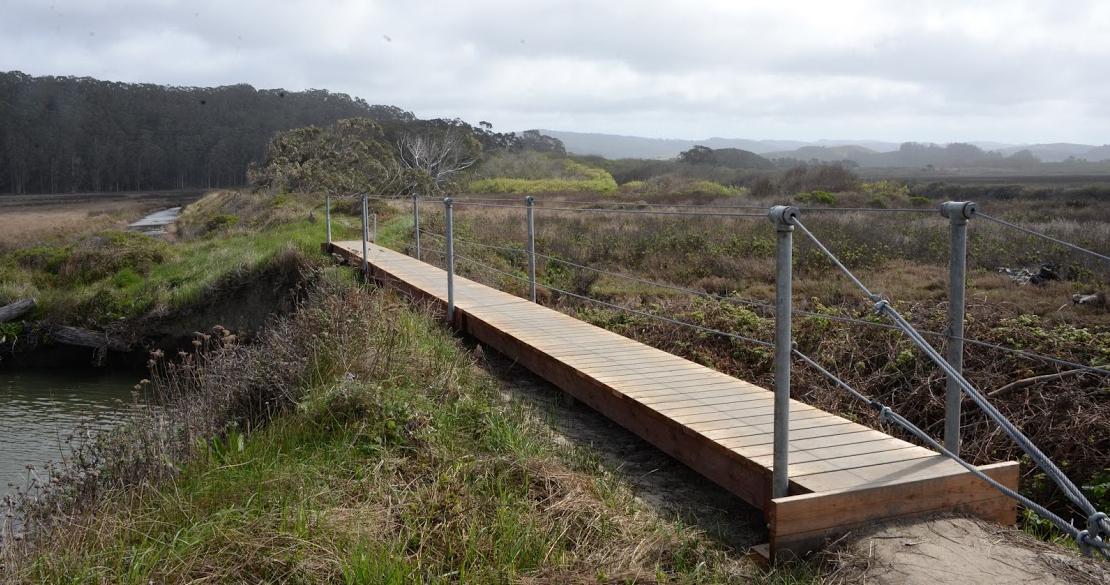