Pomponio State Beach has some steep and very high (60 m/190 ft) coastal bluffs and cliffs bordering the ocean. The sand beaches can be wider than at San Gregorio, but most are narrow and likely to be inundated at high tide. The largest beaches occur at the mouths of Pomponio Creek, Long Gulch and Dairy Gulch. The gulches are small drainages that normally carry water only in the winter. The mouth of Pomponio Creek is blocked by a sandbar during the dry summer months. Pomponio beach became a State Beach in 1960.

Accessibility
Designated parking spaces
We regret this is an undeveloped park and the terrain limits accessibility.  Please contact the park or email access@parks.ca.gov for details.

Pomponio Creek and State Beach were named for a Native American from the Yokut-speaking people in the San Joaquin Valley who was given the name Pomponio when he was an alcalde at Mission Santa Clara. He became a resistance fighter against the mission system and had a mountain hideout at the headwaters of Pomponio Creek.

Pomponio and other Indians from the missions engaged in a lucrative trade in stolen mission horses, which were run by the Yokuts to the Paiute and Shoshone people in northern Nevada. They in turn traded them to the interior mountain tribes and on into Crow, Blackfoot, and Sioux country. Pomponio was captured and slain by the Spaniards in 1824.

The coastal strand community is limited (1) to a small dune area west of the parking area, (2) an area near the mouth of Pomponio Creek and (3) a pristine coastal scrub community west of Highway 1 along the trail north of the parking lot. The major riparian community at Pomponio Beach occurs along Pomponio Creek, east of Highway 1. The most inland portion features a riparian forest of willows (Salix lasiolepis and Salix saliandra). A small marsh community occurs near the mouth of Pomponio Creek, west of the highway. Most of the inland portion of Pomponio State Beach east of the highway is grassland, including a large stand of native bunchgrass. 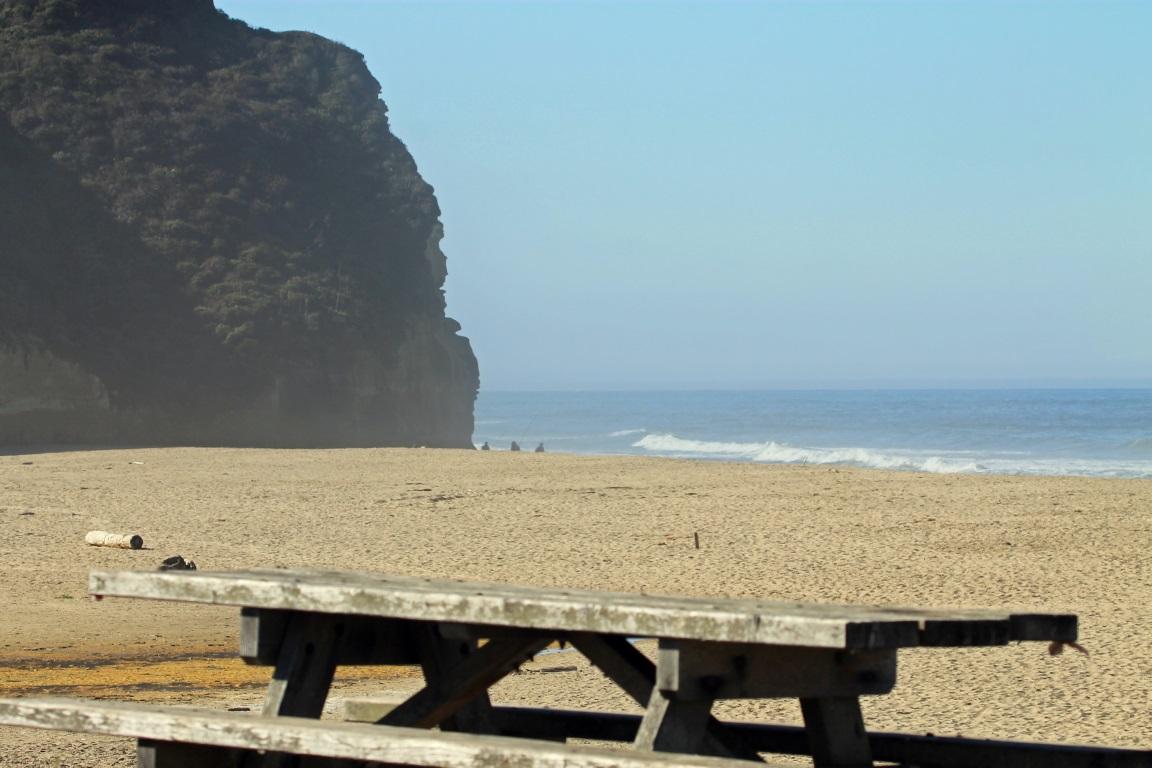