The marine terraces around Half Moon Bay were once entirely covered in native coastal scrub, but decades of coastal development and agricultural practices changed this landscape.

When the lands began to be acquired by the State of California in 1955 to become a state park, cultivation stopped and non-native grasses and other weeds overtook the lands. Forty years later, restoration efforts began to return this landscape to native plants.  Once 95% covered by non-native plants, this effort succeeded through the skills, commitment and leadership of a dedicated corps of volunteers and state park staff. 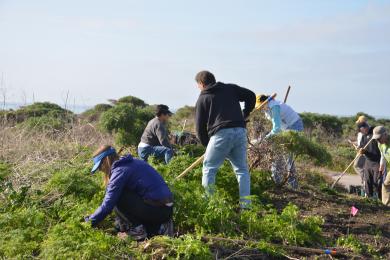 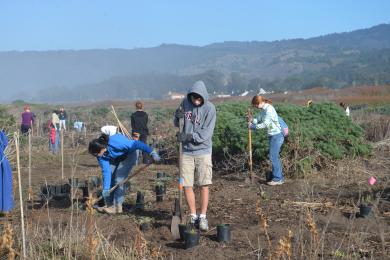 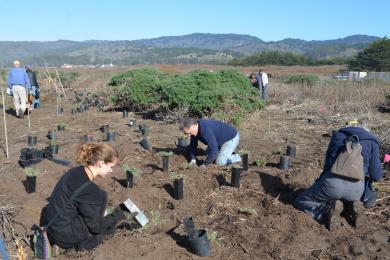 Today, these restored areas host an impressive balance of at least 70 to 90% native plant species.  Restoration maintenance efforts still continue, but the number and variety of native insects, birds and animals has dramatically increased. At the beaches of Half Moon Bay State Beach – Dunes, Francis, Roosevelt and Venice beaches – volunteers continue to help return native vegetation to dune, coastal scrub and riparian habitats. 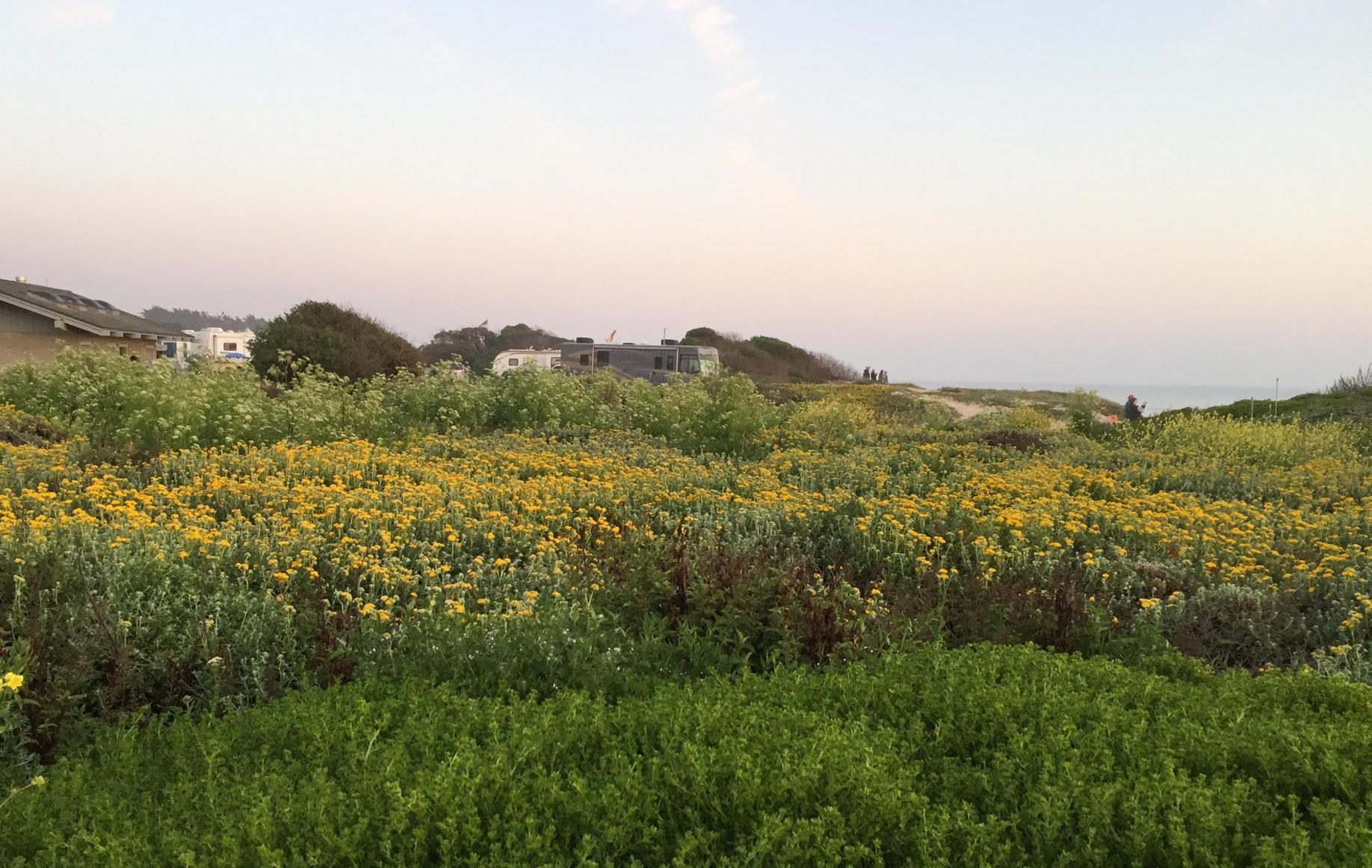