Who Ate the Mussels?

The first Europeans to see San Francisco Bay were not sailors (who cruised obliviously past the Golden Gate for over 200 years) but members of an overland expedition of Spaniards led by Gaspar de Portola up California’s coast in 1769. On October 30th of that year, shortly before a hunting party first spied parts of the bay and five days before the expedition first viewed the bay’s full expanse from a ridge, Fray Juan Crespi wrote in his journal: 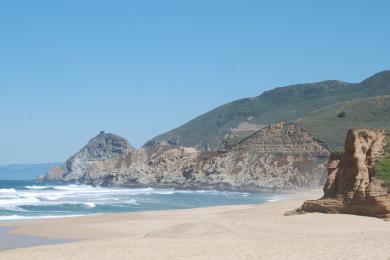 “We stopped not far from the shore at the foot of some hills which prevent us from passing along the beach. They form a valley sheltered from the north, from which flows an arroyo with plenty of good water. … I called the point Angel Custodio, but on account of the large number of mussels which they found on this beach, very good and large, the men called it Punta de las Almejas.”

Today we call the arroyo Martini Creek and the location of the mussels Montara State Beach.

The expedition camped the following day in the vicinity of today’s city of Pacifica. In his journal Fray Crespi wrote:

“Not far from the camp we found a village of very friendly heathen, who, as soon as we arrived, came to visit us with their present of tamales made of black seeds. Judging by the fires that we have seen on the beach it must be well populated with villages.”

Mark Hylkema is the Santa Cruz District Archaeologist for California State Parks and thus keenly interested in the cultural prehistory of Native Americans and the early history of the Spanish along our coast. So, being familiar with the journals of the Portola Expedition and knowing something of the dietary preferences of coastal Natives, he wondered who ate the mussels and left their shells at CA-SMA-132—the official name of an archaeological site on the eroding cliffs above Montara Beach. 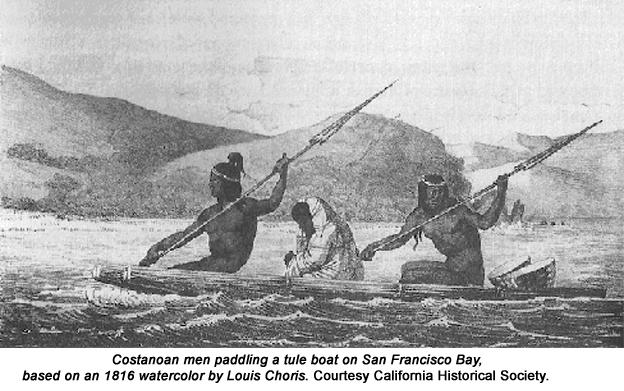 Mark knew proving absolutely that the Portola Expedition consumed these particular mussels was all but impossible. Nonetheless, it would be an intriguing speculation if scientifically dating the shells left that possibility open. And even if that possibility were precluded, knowing the dates of the shells would add another piece to completing the puzzle that is Native American prehistory. In any event, Mark says “… we needed to document the age of the site as part of the environmental review for proposed improvements to public access near the site.”

The best method to date the shells, given the few he was permitted to remove from the dig, was accelerator mass spectrometry (AMS), which is a form of radiocarbon dating. As Mark lacked the funds in the district’s budget to pay for this relatively expensive testing, he approached Coastside State Parks Association. CSPA’s Board, as intrigued as he was, readily consented.

Mark removed shells from two different locations within the site and shipped them to a laboratory in Florida. After receiving the results of the tests and making some standard corrections, Mark computed that one sample of shells dated from a span of years centered about the year 1100 and the other, even older sample from a span centered about the year 550. Thus, the first sample of shells had been there for over 500 years and the second sample more than a millennium before the Portola Expedition arrived on Montara Beach.

We are left, then, not with the speculation that the mussels were eaten by the first European explorers to spy San Francisco Bay, but with the certain knowledge that the ancestors of the numerous Native Americans the Spaniards encountered on the San Mateo coast had dined on Montara’s “very good and large” mussels for many centuries.

Mark Hylkema has graciously written an interesting and informative article about this project that also describes three common methods by which archaeological artifacts are dated, one method being AMS. Read his article here.

The English translations of Fray Juan Crespi’s journal entries were taken from the website of the Pacifica Historical Society (pacificahistory.wikispaces.com).